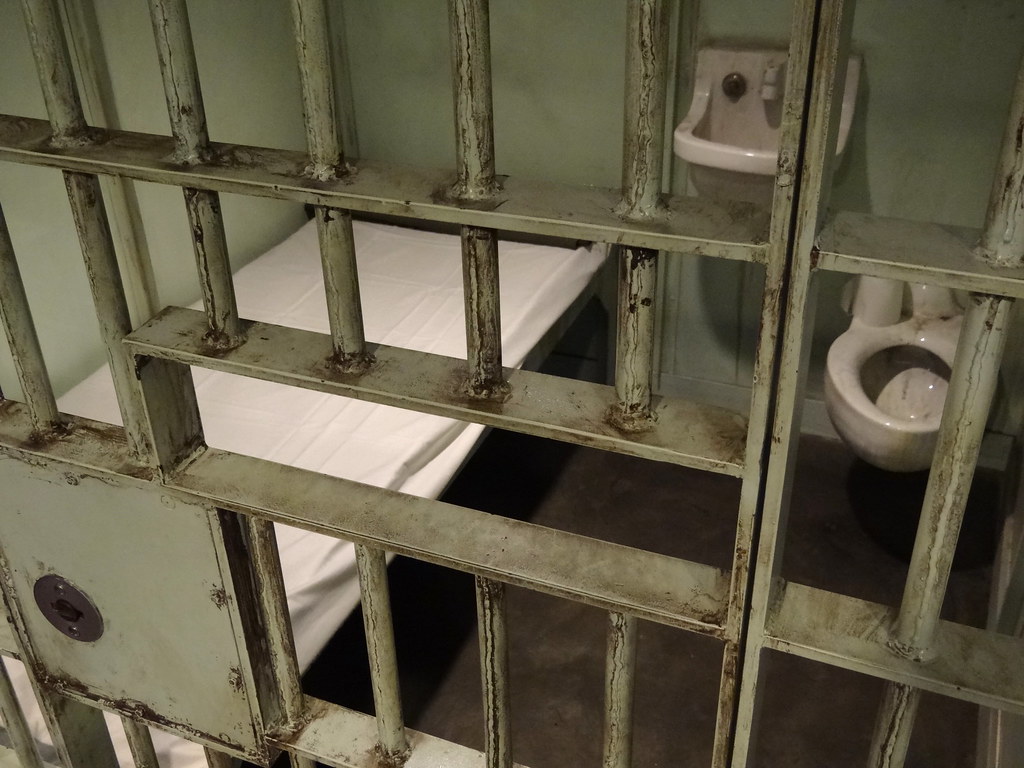 Lately I have been participating in a study called “Outrageous Justice” through Prison Fellowship. They are the nation’s largest Christian nonprofit serving prisoners, former prisoners, and their families. They are also a leading advocate for criminal justice reform. I have been involved in this ministry for almost a year as a Justice Ambassador, in which I reach out to local legislators to inform them and request their support for specific pieces of legislation that advances criminal justice reform.

“I was in prison and you came to visit Me…I tell you the truth, whatever you did for one of the least of these brothers of Mine, you did for Me.” – Matthew 25:36, 40

In addition to this mandate by Christ, the writer of Hebrews echoed Jesus’ words.

“Remember the prisoners as if chained with them.” – Hebrews 13:3

You may be asking yourself, what does this have to do with me? Why should I be concerned about those in prison? You may be thinking something like “They are all in there for a reason. They are right where they belong.”

Unfortunately this is a common response by members of our society in regards to the criminal justice system.  I believe this is due to a variety of factors.

One factor is common misconceptions of our criminal justice system based on pop culture and media. While shows like Law & Order are entertaining, they are a very poor representation of the criminal justice system. I believe they sensationalize the process for the effect of drama and entertainment. Additionally, I believe the scare tactics of media also plays a factor in shaping our view in this area. Misleading statistics and sensationalized news reports inadvertently shapes our perception of crime and justice.

Another factor is what I will term “playing it safe.” What I mean is that I believe there are far too many “Christians” that practice their faith in their church where it is safe to do so, but never really go beyond the walls into the world. There are a number of Bible passages I could bring up to show that this should not be the case, but I won’t list them right now. If you are a Christian, you probably already know which ones I am thinking of anyway. I think too many of us “play it safe” by not going into the world around us to be the salt and light Jesus called us to be. This includes visiting prisoners, showing them support, love, and mercy. It also places a burden on Christians to advocate for justice.

If God is a just God (and He is), then as His followers, we should be advocating for justice. This means taking a restorative approach to criminal justice. It means advocating against unfair and disproportionate sentencing. It means working towards rehabilitation during incarceration rather than just warehousing. It means validating the victims and communities involved by crime, while working to rehabilitate the offender.

If you still don’t understand how this could possibly affect you, allow me to share some statistics with you.

I can talk about the cost (approximately $39,000 per year per person incarcerated), or the disproportional sentencing based on race or egregious mandatory minimums, or any number of other aspects. I will forego that for now, as I am sure I will be writing more on this topic in the future.

I will leave you with this, however. Looking at the few statistics I provided, it is obvious we are all affected by the current state of our criminal justice system. Just the fact that one in three Americans have a criminal record, it is near impossible to not be affected by this issue. That being said, as a Christian it is our mandate to advocate for justice.

I entitled this post “A Call for Justice” because I am leaving you with a challenge. Think about the statistics I provided. If you are a Christian, research what the Bible says about the issue. If you are not a Christian, consider how this issue affects you, your family, and your community.

I realize not everyone is going to go into prisons to visit with those who are incarcerated, but I do ask everyone to approach this issue with an open mind. Based on the statistics, there is a good chance there is someone in your family, your workplace, your school, and your church, if not yourself, that has served time in the criminal justice system. Rather than shunning them, I challenge you to encourage them in their process of rehabilitation. Rather than sweeping this issue under the rug, make a purposeful attempt to discuss it openly with others, with love and compassion.

The old saying goes that God hates the sin, but loves the sinner. The same should be true for us. We can hate the crime, but still love the person. It’s time we work to restore the humanity of all all individuals, and that includes those who have been affected by the criminal justice system.

If you want further information, or would like to know what you can do to be involved with these issues, please contact me.

Until we meet again.

I am a freelance writer, with a focus on non-fiction writing based on my personal experiences. I have a lifetime of varied experiences that range from my lengthy military career to various fields of professional employment. I have earned a Bachelor of Science in Chemistry from Southern Illinois University and a Master of Arts in Biblical Studies from Liberty Baptist Theological Seminary. I am a supporter of veteran organizations and active in a local church. I am a father of three daughters and two sons. View all posts by bonafidescribe